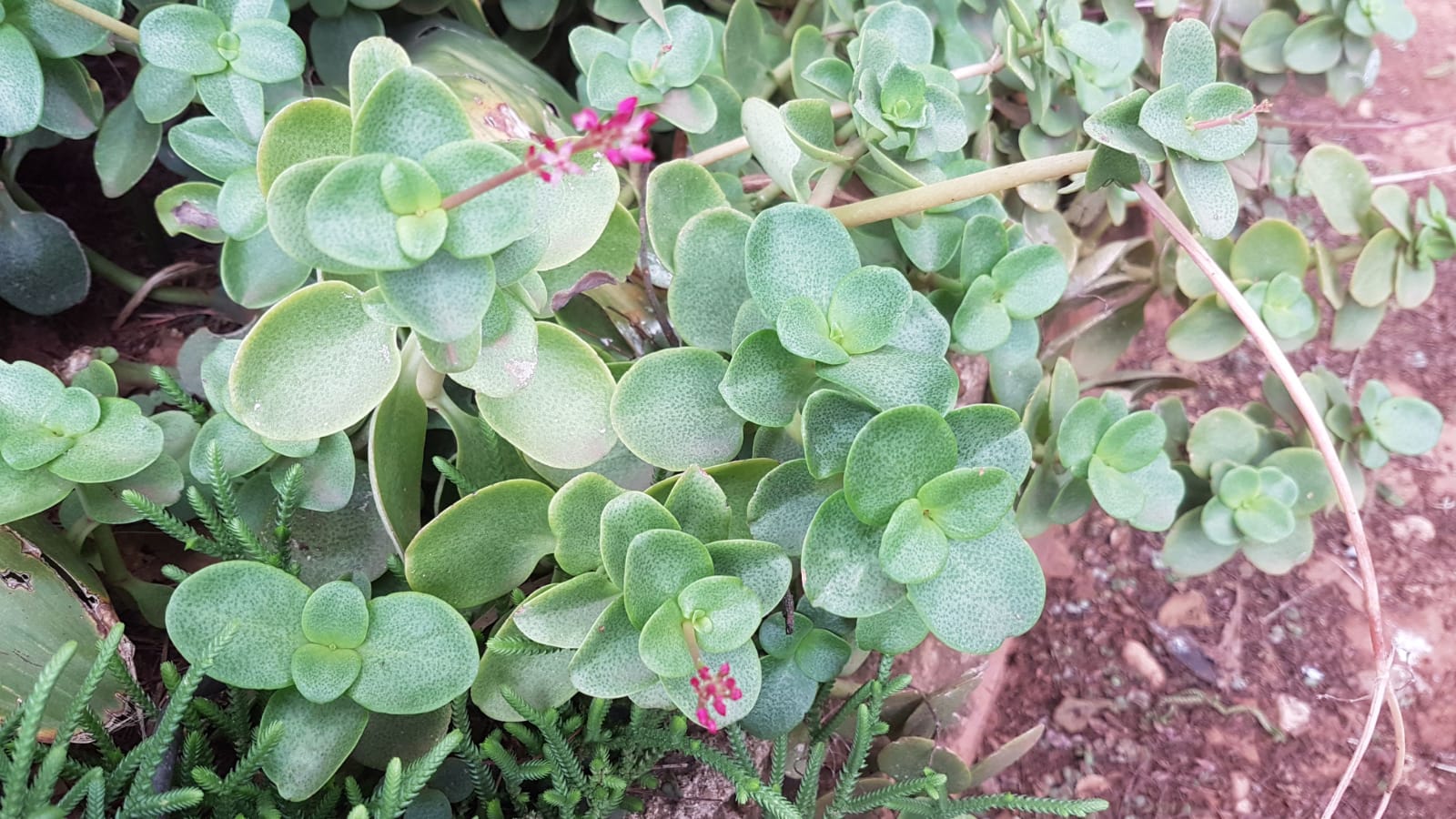 The Fairy Crassula or Crassula multicava is a succulent herbaceous plant native to the mountainous regions of KwaZulu-Natal (South Africa). It is frequently used as a hedge plant because its stems branch off a lot of forming quite compact foliage agglomerations. It is also appreciated for its resistance to periods of drought and extreme temperatures and the beauty of its flowering. It is currently marketed as an ornamental plant in numerous nurseries worldwide.

This species is characterized by forming stems erect low (generally nor exceed 25 cm) very branched and thin of green-red. The growth is slow compared to other species of the family although that is created by its herbaceous appearance is the opposite. In the stems, almost completely round leaves of +/- 3 cm long, slightly succulent, with a dark green coloration (reddish under intense light, small dots are observed)over the entire surface), the entire margin, petiole very short and opposite arranged.

The flowers are small but have numerous in inflorescence apical forming flower stalks very branched of +/- 15 cm long. Floral stems are not kept totally erect due to the weight of the flowers. The flowers are characterized by four lanceolate petals of +/- 0.8 cm long and with a pale pink coloring. 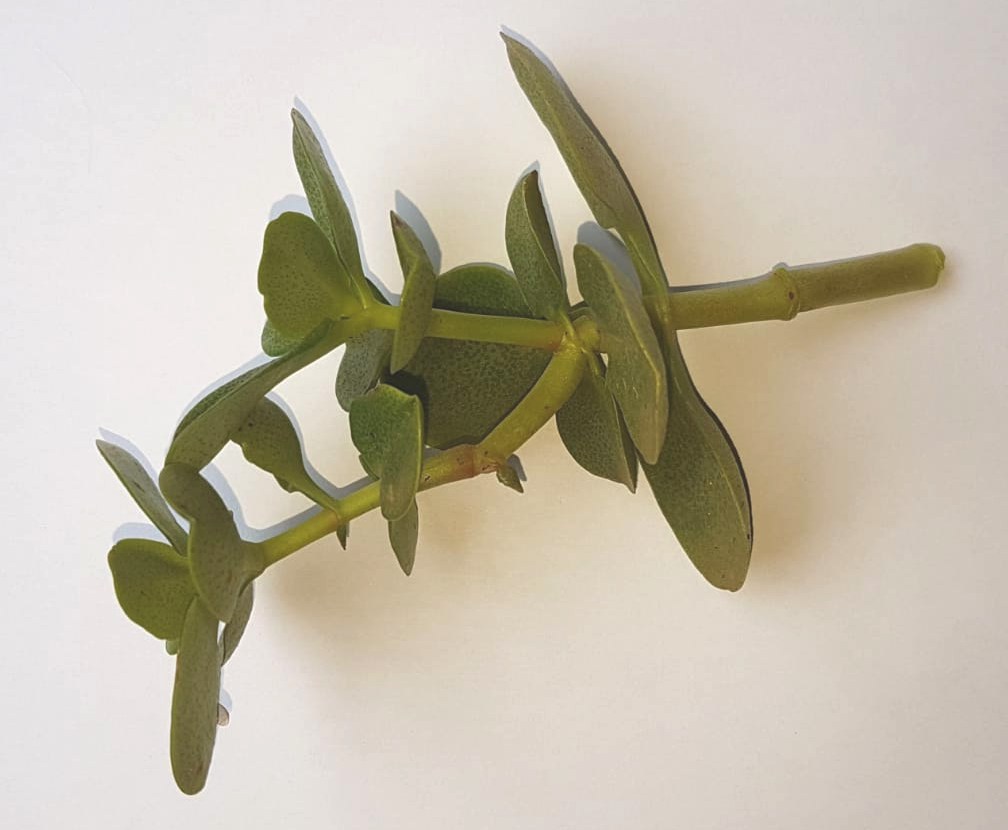