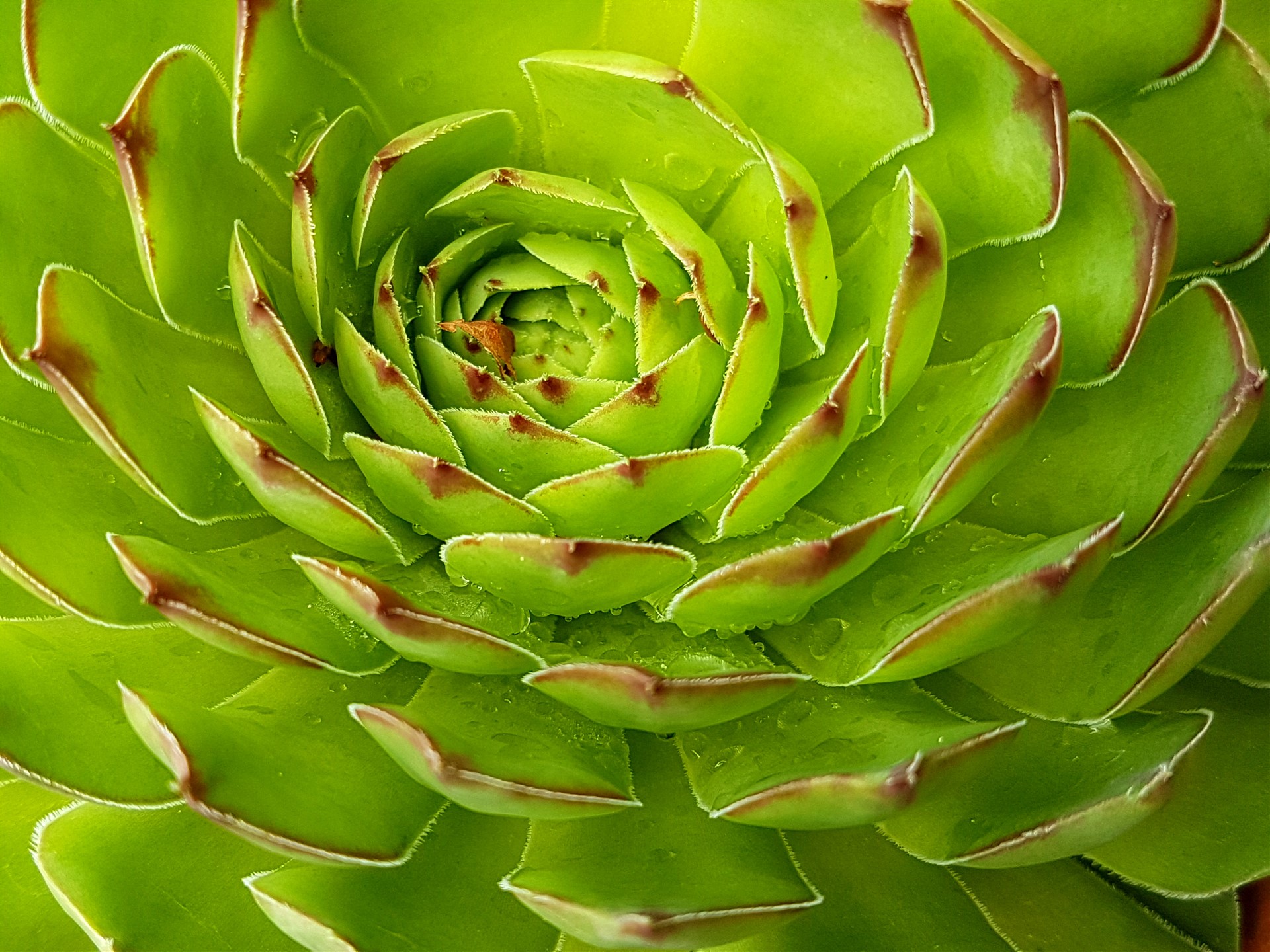 The common houseleek is a species of flowering plant in the family Crassulaceae, native to the mountains of southern Europe, cultivated in the whole of Europe for its appearance and a Roman tradition claiming that it protects buildings against lightning strikes.

Growing to 15 cm (6 in) tall by 50 cm (20 in) broad, it is a rosette-forming succulent evergreen perennial, spreading by offsets. It has grey-green, tufted, sessile leaves, 4–10 cm (2–4 in) in diameter, which are often suffused with rose-red. In summer it bears clusters of reddish-purple flowers, in multiples of 8-16, on hairy erect flat-topped stems.

The plant has been traditionally thought to protect against thunderstorms, and grown on house roofs for that reason, which is why it is called House Leek.

It has been believed to protect more generally against decay and against witchcraft.

The juice has been used in herbal medicine as an astringent and treatment for skin and eye diseases, including by Galen and Dioscorides, to ease inflammation and, mixed with honey, to treat thrush; however, large doses have an emetic effect.

Romans grew the plant in containers in front of windows and associated it with love medicine. 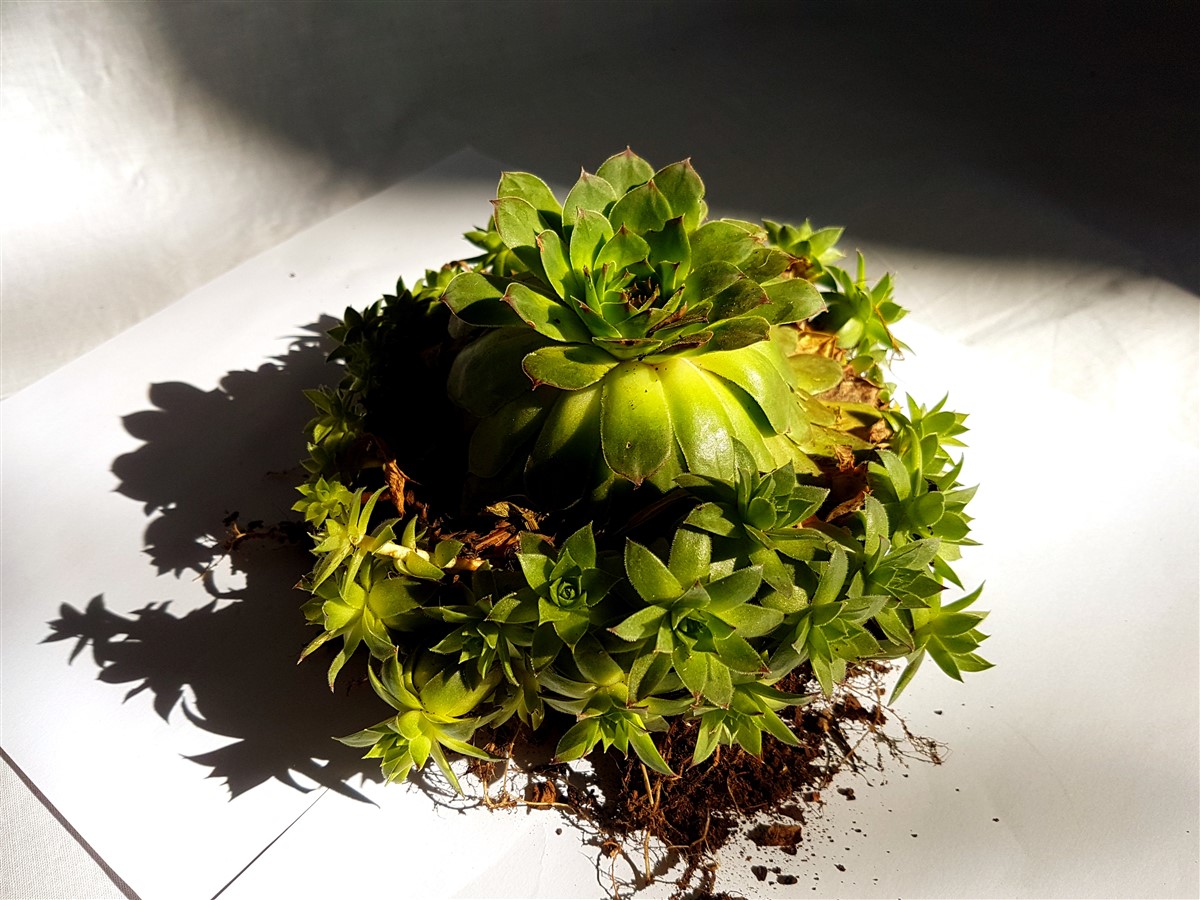