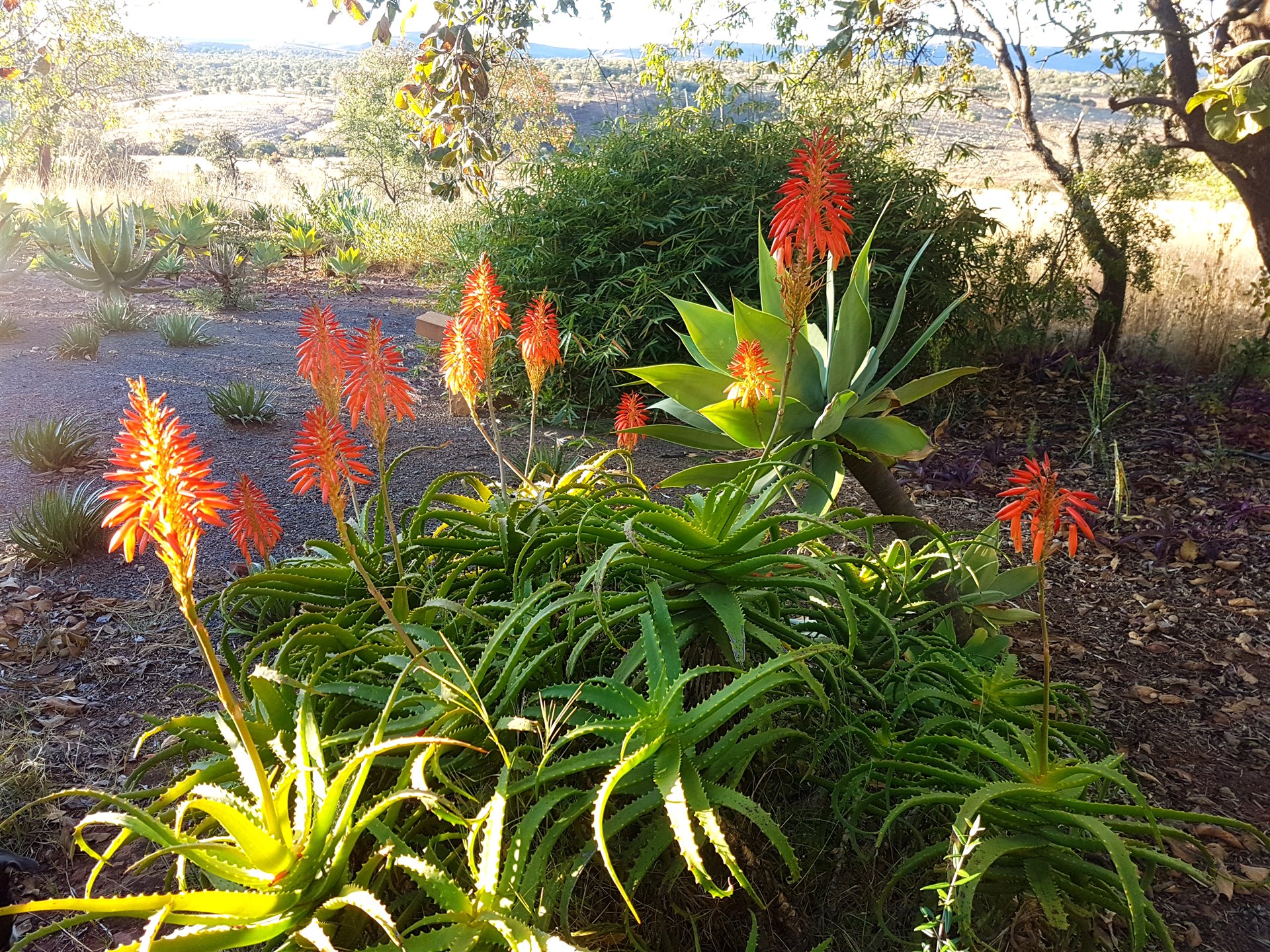 Aloe arborescens, the krantz aloe or candelabra aloe, is a species of flowering succulent perennial plant that belongs to the genus Aloe. Aloe arborescens is valued by gardeners for its succulent green leaves, large vibrantly-colored flowers, winter blooming, and attraction for birds, bees, and butterflies.

Aloe arborescens is a large, multi-headed, sprawling succulent. A typical height for this species is 2–3 metres high. Its leaves are succulent and are green with a slight blue tint. Its leaves have small spikes along its edges and are arranged in rosettes situated at the end of branches. Flowers are arranged in a type of inflorescence called a raceme. The racemes are not branched but two to several can sprout from each rosette. Flowers are cylindrical in shape and are a vibrant red-orange color.

Aloe arborescens is endemic to the south eastern part of Southern Africa. Specifically, this range includes the countries of South Africa, Malawi, Mozambique, and Zimbabwe. Its common name krantz aloe refers to the Afrikaans word “krantz”, which means a rocky cliff. Its habitat can vary, and it is one of only a few species of aloe that is found growing from sea level up to the tops of mountains.

Aloe arborescens is valued by gardeners for its succulent green leaves, large vibrantly-colored flowers, and winter blooming. The sweet nectar attracts birds, butterflies, and bees. In Southern Africa, Aloe arborescens is traditionally planted around kraals (domestic stock enclosures) as a living fence or security hedge. It often happens that the position of old kraals can still be seen many years after they have been abandoned, because the aloes persist. It is easily propagated by cuttings.